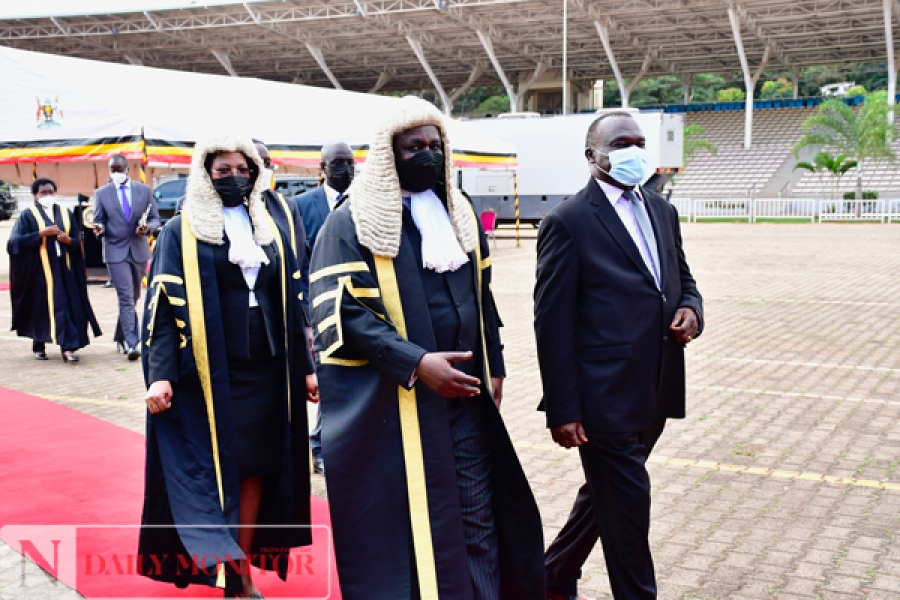 Drama unfolded in Godmiaha village, Rachuonyo East in Homa Bay County, Kenya, when a 38-year-old man who was believed to have died a month ago resurfaced as “his funeral” was underway.

Mr Kennedy Olwa, who is reported to have disappeared from home for almost 20 years and was presumed dead, appeared to mourners who had attended his “funeral” at his parents’ home.

The man is said to have gone to Mbita Town and became a fisherman after he left home.

He later relocated to Alum beach along Lake Victoria in Rachuonyo North Sub-County.

According to Ramba Location Chief Joseph Ndege, the family of Mr Olwa was informed that their son had died after an illness.

Sanyu Nalubega, a cosmetologist, says stretch marks are lines on the skin surface, with an off-colo...

I just donated to the #COVID19FUND to support @WHO’s response efforts to the global #COVID19 epidemic. Join me to… https://t.co/rEklraHALH

RT @SolomonSerwanjj: The use of brutal and excessive force by Uganda's security forces can not be tolerated any more. NO! What happened at…

Subscribe our Email News Letter to get Instant Update at anytime